Take 2 Radio welcomes "The Malliard Report" with Jim Malliard! Shows will be aired on Saturdays at 7pm eastern time! 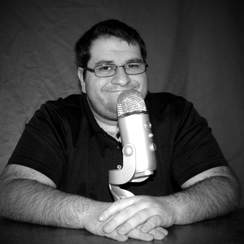 ABOUT JIM: Born August 27th, 1984 in Pennsylvania, Jim Malliard grew up with the paranormal practically woven into his DNA. When he was as young as 3 years old, he would spend time in cemeteries with his family talking to his friends who were unseen; and to this day, those experiences have left him wondering and fueled his drive to seek out the truth.

In high school, although still interested in the paranormal, Jim took up golfing and played on the schools Varsity team. He also found some interest in Boy Scouts where he attained the highest rank of an Eagle Scout. However, his interest in the unexplained eventually brought his thoughts to his childhood and the events that started back before he could even really remember. His interest deepened further after a family trip with his son, who was seven months old at the time, when Jim witnessed the same stories of his youth unfolding in front of him and the thoughts of starting his own paranormal team were once again running through his head.

It took months to get Meadville Paranormal Investigation Team off the ground, but once he and his co-founder got the ball rolling, the study was on. While learning new things about the paranormal everyday, in 2010, chances arose to be on the board of directors of a couple local cemeteries. This was important to Jim as he believes cemeteries are a place of rest, peace, and where respect can be given, not for paranormal investigation. It also gave him the ability to become more active in his community and help local charities put together fund raising events. Due to his community outreach, and active interest in the paranormal, in May of 2011, Jim was given the opportunity of a life time; to host his own radio show where he is teaching, learning and discussing several aspects of the paranormal and the paranormal community.

Jim now lives in northwestern Pennsylvania with his family. He runs Meadville Paranormal and his radio show, The Malliard Report, from there.

ABOUT THE MALLIARD REPORT:

From the far beyond to the close to home, Jim Malliard, the host of “The Malliard Report,” entertains his audience with insightful interviews with a variety of interesting guests from all walks of life, including celebrities like Loyd Auerbach or New York Times Best Selling Author Jim Defelice. Jim explores the back story, the hidden story, the things others hosts are afraid to touch. From the secrets of the paranormal to Paula Dean to the Government Spying on us, no topic is too taboo for Jim to ignore. The Malliard Report brings it all to you. Full bore.

Jim says Bring it on, bring it on, nothin’ we can’t handle!
What People Are Saying About Jim!


“I’ve been interviewed by a wide range of journalists and media personalities, from local newspapers to CNN’s Wolf Blitzer. None of those interviewers were as well-prepared as Jim Malliard. It was a real pleasure doing his show. He made me feel comfortable from the get-go. I even learned a few things I hadn’t known before.”

Co Author of “American Sniper: The Autobiography of the Most Lethal Sniper in U.S. Military History”