The Malliard Report hosted by Jim Malliard has joined Take 2 Radio as a special host to talk about all things paranormal and more! Listen to his shows every Saturday at 7pm EST.

Guest: Stephen Hill, a natural born Empathic and Founder of Piedmont Paranormal Research. Author of "Something Unseen" and Radio Host of Alternative Frequencies. We specialize in Electronic Voice Phenomena and Ghost Box communications. Stephenis an Associate Investigator for Eastern Paranormal. www.easternparanormal.com. He's reviewed hundreds of EVP and Ghost Box recordings for other investigative groups and haunted homewners who have requested his assistance. Stephen does this in an effort to help others find answers as to why these spirits remain here in this realm to haunt us, the living.
click to listen to the podcast 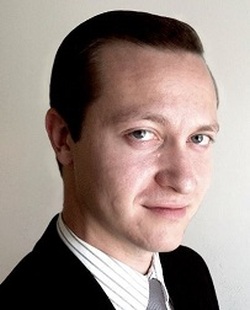 ﻿The Malliard Report ﻿hosted by Jim Malliard has joined Take 2 Radio as a special host to talk about all things paranormal and more! Listen to his shows every Saturday at 7pm EST.

Guest: Micah Hanks is a writer, researcher, lecturer, and radio personality whose work addresses a variety of areas, including history, politics, scientific theories and unexplained phenomena. Open minded, but skeptical in his approach, his research has examined a broad variety of subjects over the years, incorporating interest in cultural studies, natural science and scientific anomalies, and the prospects of our technological future as a species as influenced by science.

He is author of several books, including his 2012 New Page Books release, The UFO Singularity, as well as Magic, Mysticism and the Molecule: The Search for Sentient Intelligence from Other Worlds and Reynolds Mansion: An Invitation to the Past. Hanks is an executive editor of Intrepid Magazine, and consulting editor/contributor for FATE Magazine and The Journal of Anomalous Sciences. He also writes for a variety of other publications including UFO Magazine, Mysterious Universe, and New Dawn. Hanks has appeared on numerous TV and radio programs, including Coast to Coast AM with George Noory, Whitley Strieber’s Dreamland, National Geographic’s Paranatural, the History Channel’s Guts and Bolts, CNN Radio, The Jeff Rense Program, and many others. A weekly podcast that follows his research is available at his popular Website, www.gralienreport.com

Jim and Micah talk about 9/11, UFOs, Boston Bombings, Paranormal, and more!
click to listen to the podcast